Last week, I traveled by plane for the first time since February 2020 when the global health crisis was expanding. Now, we find ourselves facing more uncertainty with the rise in infections. As I reflect on this current reality, as an antiracist educator I am faced with the fact that we live in a country that is governed by laws, many of which were enacted to right the wrongs of the past, and our actions as citizens are guided by our freedom to choose and freedom to be. The laws that govern our country are subject to the shifts and changes of each generation. They are guided by the sociopolitical reality of the time, and are often enacted to meet the perceived needs of those with political power.

Critical Race Theory was formed from a collective movement of critical legal studies and radical feminism. Critical Race Theory creates space for those who are historically marginalized and those who are subject to the impact of laws that erase personal freedoms. This theory is a critical theory–it offers space to lift up the stories of people who have different lived experiences from our own. This theory lifts up current realities tied to historical power shifts and changes. Because this theory invites us to critically love our institutions, it has undergone a revitalized attack.

Popular media will have us believe that the theory separates us by race and inflicts harm through guilt on the political power holders of our society. On the contrary, Critical Race Theory is not a tool for oppression; it invites us to open our minds and thoughts to how people in the same places we inhabit are experiencing society very differently. Critical Race Theory invites us to use our personal sphere of influence to shift the experiences of ourselves and others.

Below you will find a series of newsletters from 2020 as well as other resources for antiracist educational leadership that are relevant to the recent attacks on Critical Race Theory. They define Critical Race Theory and help us as educators consider how the theory supports our work for the success of all students in our care. It is essential to surface the usefulness of Critical Race Theory as a frame for conversations about race, racism, institutional racism and the intersectionality of identities in our work as educators. If we understand the permanence of race, and how the political interests of the legislators in charge of shifting laws impact us personally, we are better equipped to engage in conversations that will support the learning and agency of students, and the nurturing of identity-safe classrooms and workplaces. 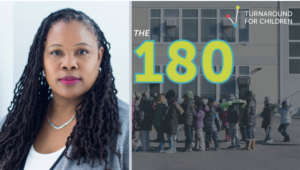 The 180 Podcast: Zaretta Hammond: What is Culturally-Responsive Teaching?

TransformEd partners with districts to help develop a whole child strategy that ensures each student is supported by a robust set of systems and practices that foster whole child development and that drive towards equitable outcomes for all students.

Contact Us
By Transforming EducationPublished On: July 21st, 20210 Comments

About the Author: Transforming Education

Get Your Voice Heard

We’re always interested in featuring new voices on the blog! Would you like to contribute?
Contact Us
The views and opinions expressed in this blog are those of the authors and do not necessarily reflect the position of Transforming Education. We do not endorse specific programs or providers.

Get the Latest Updates

Transforming Education is a registered 501(c)3 based in Boston, Massachusetts